The gallant Black Stars of Ghana who earned a new nickname; BaGhana, BaGhana at the FIFA World Cup 2010 in South Africa returned to their homeland; Accra, Ghana after their World Cup adventure andwere welcomed by thousands of supporters, who stayed deep into Monday’s night at the Accra airport to mark their heroes’ arrival. 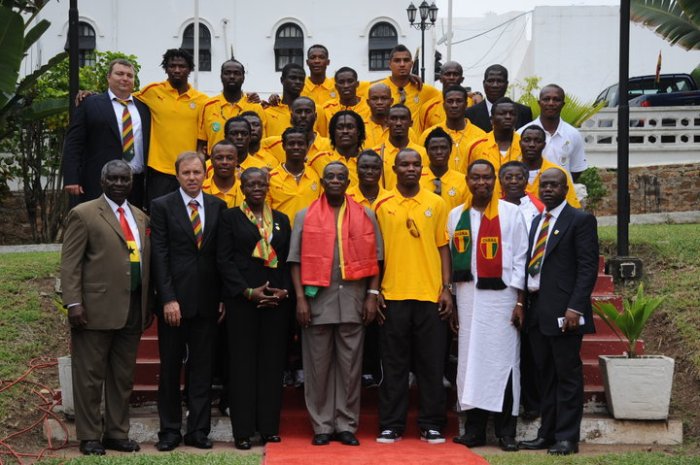 In my previous post; Africa’s Time That Never Was; I expressed my opinion and that of other African bloggers on the Ghana Black Stars sad exist from the 2nd round when they faced Uruguay which resulted in a penalty shoot-out after which the latter won.

It was an electrifying moment as fans went berserk, waving their flags and blasting their vuvuzelas, with local drums to welcome the team. A red carpet was laid for the team as they made their way from the aircraft, which touched down at 11:17pm on Monday evening.

A couple of senior government officials and sports personalities including the maestro; were on call to welcome them in a brief but memorable ceremony.

The Stars Captain; Stephen Appiah said they are overwhelmed with the positive attitude of Ghanaians and assured them of greater heights to reach come Brazil 2014. He also stressed;

“We did our best but we did not have luck on our side. By any means possible we are going to qualify for the 2014 world cup in Brazil,”

On Tuesday 6th July, 2010; the players undertook a float through some principal streets of Accra before converging at the Osu Castle, seat of Government to meet with President John Evans Atta Mills for a lunch reception.

Below are photos by John Clusters from the Castle, Osu;

Once again, the Black Stars coach; Milovan Rajevac has gone for simplicity rather than flashy. Just like he did in the run-up to the Angola 2010 AFCON, Milovan has found his way into my Book of Respect.

As much as I like football [soccer] and also a die-hard Chelsea FC fan, I wouldn’t say I do support the Ghana Black Stars that much. Yes, don’t be surprised this is coming from a patriotic citizen like me. Even though their performance at the Africa Cup of Nations in January was a bit OK, I still can’t bank my hopes on them at the World Cup in South Africa from next week…

The current squad without, Michael Essien, Stephen Adams, Emmanuel Agyemang-Badu, Haminu Dramani, Bernard Kumordzi and Laryea Kingston makes Team Ghana not a sure choice for my support in the competition. I believe Coach Milo have reasons for his choice of players, no matter what.

Ghana have been drawn in Group D and will face Australia, Germany and Serbia with their first group stage match against Serbia in Pretoria on June 13, 2010.  The 23 players the gaffer has named is very cool. Not”cool” as in the best squad we could have assembled, but”cool” as in it being the best out of a bad situation.

Below is a list of players who made it to Coach Milo’s final 23:

My take on the following players; Laryea Kingston, Haminu Draman & John Mensah in no significant order;

Haminu Dramani: Heaven knows Haminu Dramani has an acclaimed reputation for being the best in training. When it gets to replicating it on the real field of play, he contrives to do the wrong things at the right time and vice versa. Now he has been dropped. Rightfully so, abi?

Laryea Kingston. The omission drew derisive remarks from many people including Honorable Ministers of State, His Mother & his Fan Club members. Many felt, sentimentally, that Coach Milo should have taken him after he so painfully lost a chance to be in Germany.

In my utmost opinion, I think he deserve to be on Coach Milo’s list and also play in the WC2010 because he was benched at Hearts FC for coming to play in a World Cup qualifier against the teams will? He’s sacrificed as much as Stephen Appiah did.

“When Stephen Appiah didn’t have a team, he was allowed to play regularly when he was fit and that really helped him into finding one. So, why Laryea Kingston?” @Kwabena

John Mensah. I do not know what Milo knows, but Mensah represents my only doubts of the 23 the Serbian has named. Why take an injury-prone, brittle player to marshall the defence, when there are other ready to do the job? Why risk the rest of his career, even his life, for a four-week tournament. We’ll never know.

Even though I’m a bit pessimistic in a way, I do have some “hope” and “faith” that, the Black Stars will go through to the Quarter Finals. If you have a different view to the story, kindly feel free and speak your mind. 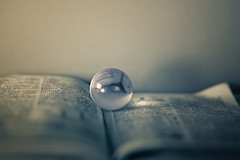 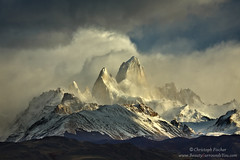